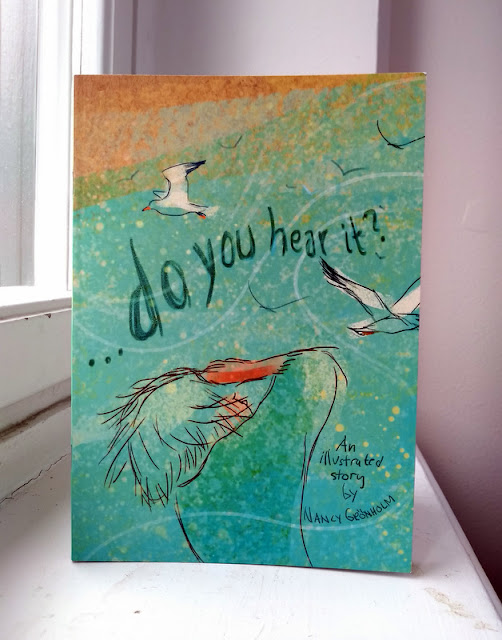 I finished the book.  Finished it, printed it and took it to the Stockholm International Comics Festival along with my sister and fellow artist Carolina Grönholm.
And we had a blast; you know how it is, as much as some of us "creatives" can be complete loners, it's still through social interaction that most of us feed our imagination and our confidence as well as get that adrenaline boost that gives you a break from all the usual stressing out over absolutely everything.
Because although I do love social media, I for one find it difficult to connect over the ether. Talking to people face to face, seeing their reactions, asking questions back, being interested in their work or interests, is something I really enjoy. 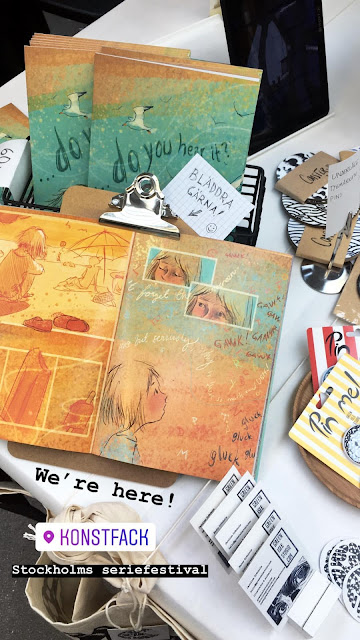 Now, in my last post, I was still in the midst of working out the webtoon strip format - which, as it turned out, I really enjoyed.
I think that it in part had to do with the story I was telling; the original story in my head was always an animation, so I saw it as motion, sounds, little details that created a mood and pushed the story forward through time without using words at all.

With the webtoon format, some of that translated really well because of the way the page is constructed as an endless scroll; I didn't have to use frames or borders and I could put as much atmospheric background and colour as I wanted and have one scene just seamlessly flow into the next.

For now, I'll ignore all the things that didn't go so well, because I know that that had all to do with either not being experienced enough to know beforehand what would work and what wouldn't.

Also, lettering. omg. My digital lettering is so ugly - not quirky messy or designed to look handmade and cute, but actually ugly. And because of that, I didn't use it as much as I could have  - lettering the sounds could've been a super nice touch, so yeah, I need to work on that, regardless of format.

My next story is still being built but I will most probably use Webtoons as a sketchbook to work out the plot and artwork as I go, and then rework it for the printed version.
at February 11, 2021 No comments:

My first webcomic; getting started. 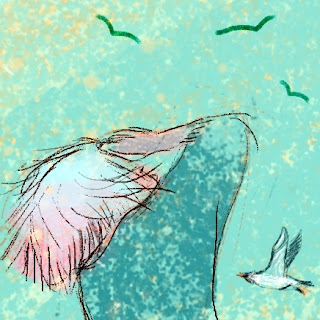 You know when you're trying and trying and keep getting lost on the way, and all you really need is a bit of guidance and a map to show you your end goal? Well, for me that map was the digital comics course I took this year (Malmö University); it was only the one semester but it was just what I needed to get a grip on the structure of things. Of curse I'm still learning and obviously everything takes at least ten times longer because I keep comparing myself to other people's work - which we all know one should never ever do but we all do anyway. The original plan was to do a traditional, printed book version first and then maybe post bits of it online BUT plans seldom stay the same and I ended up redoing the whole layout to fit the Line Webtoons format instead:

I know, it's looks weird, right? But once you get it on the phone app, it makes perfect sense. It took a while to find a Gimp tutorial to explain how to slice and prepare that long strip into something usable but I did it, thanks to fellow webtoon creator Ark.illu's YT tutorial.
Anyhow, long story a little longer; the first part (of three) is up on webtoons and I'm just finishing up part two (I'll go over the story line and other issues next time).
Learning new things is fun, don't you agree? :) 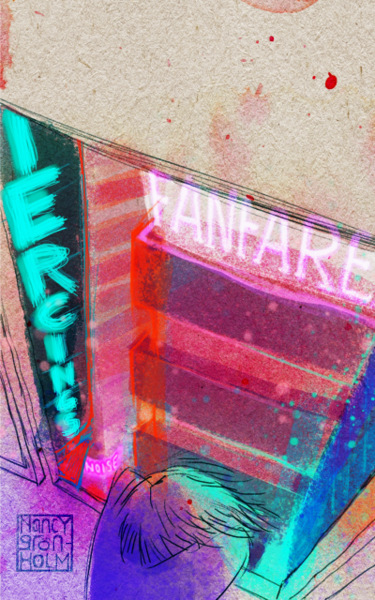 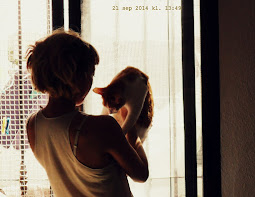